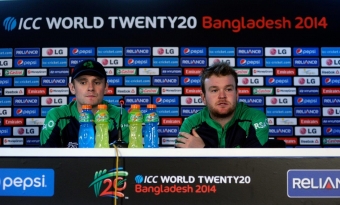 Ireland Captain William Porterfield and Man of the Match Paul Stirling talk at a press conference after Ireland’s thrilling last ball victory over Zimbabwe in the first match of Group B in Bangladesh.

Ireland’s fixtures at Twenty20 World Cup are as follows
All Matches Broadcast Live on Sky Sports;

If Ireland progress from initial group, it is then the ‘Super 10’ Phase of the Tournament;