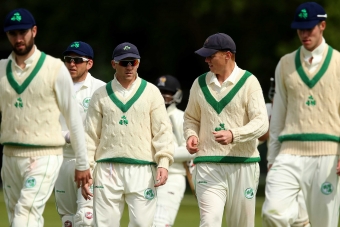 Niall O’Brien has returned home from Ireland’s tour to the UAE for personal reasons.

He will be replaced by Stuart Poynter, who will fly out to join up with the squad later today.

27 year-old Poynter has played 39 matches for Ireland since his debut in 2011, and has five appearances in the ICC InterContinental Cup competition.

In preparation for that game Ireland are playing a 13 a side two-day warm-up match against the UAE today and tomorrow.

Following the ICup game, Ireland will play a three-match ODI series against Afghanistan in Sharjah