PREVIEW: Ardmore and Railway Union battle it out for the Clear Currency National Cup 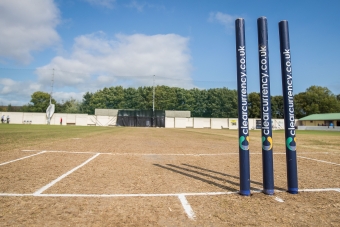 Will it be Ardmore or Railway Union's year?

Ardmore and Railway Union are set to face off in a compelling final to the 2019 Clear Currency National Cup. The two sides come into the final off the back of very comprehensive semi-final wins against Terenure and Derriaghy respectively.

Ardmore for a fourth trophy?

Ardmore have had a brilliant season all round in domestic competitions in the North West. It was only last week that they added the Sam Jeffrey Shield to wins in the Eric Cooke Cup and Sean Bradley Memorial Shield. They will be looking to add an illustrious fourth cup to that list to top off a trophy-laden season for the club.

The Ulster club’s semi-final win by 97 runs (see scorecard) was inspired by Peet Pienaar’s heroics with the bat in hand. After his 106, he will be the big prized wicket that Railway Union will be looking to dislodge as early as they possibly can. Also, based off his 257 in the first round against Sligo, Pienaar has no issues on kicking on if he gets the necessary start.

However, the Ardmore side doesn’t just stop with Pienaar, and their success has largely been down to the amount of depth they have within their side. Decker Curry, who has been a long-standing North West legend, is an extremely likely type to score runs on the big occasion, while Jared Wilson adds a lot to the team with late order hitting and very handy bowling. Lee Brolly took three wickets in the semi-final, as did Curry, so there is no shortage in bowling options for the North West side. They have developed into an extremely flexible tactically also, and with the experience they have, Ardmore could prove to be a tough nut to crack. Railway Union - can they bring their semi-final dominance to the decider?

The route that Railway Union has taken to the final was equally as routine in the semi-final, where a brilliant bowling performance led to bowling out Derriaghy for 83. Some destructive batting then led them to an eight wicket win within just twelve overs. The key to their success in the semi-final and quarter-final has been led by the leg spin bowling of Hamza Maan. Maan mixes up his pace to great effect, and with his ability to extract big turn from many surfaces, makes him a vital part of this Railway side. He claimed figures of 4-12 in the semi-final but perhaps more importantly, he took a clutch 5-41 in an extremely close quarter-final against Templepatrick.

Kevin O’Brien was present for Railway’s semi-final win and if he has recovered from injury, which has sidelined him from the last few Leinster Lightning games, he will be of a massive boost to his club side. O’Brien adds massive run-scoring options alongside tidy seam bowling to the side. Also adding strength to the batting is Kenny Carroll, who has produced some big scores in this year’s competition also. The former Irish international will open the batting and look to ensure a good start for Railway. They also have youth in the side in the form of Alex Stiles, the Ireland under-19s international has also been in the runs in this competition. His stylish and aggressive batting has got him noticed around the country since the age of thirteen, and he will be looking to back that up with a big score in an important game like this.

The two sides look very evenly matched and it should be a brilliant and competitive Clear Currency National Cup Final. The final is to take place on Sunday 1 September at North County Cricket Club in Leinster, with play due to start at 12.30pm.

You will be able to follow the match on the My Cricket Ireland app or via Twitter updates.