PREVIEW: Can Lightning strike back or will Knights charge on? 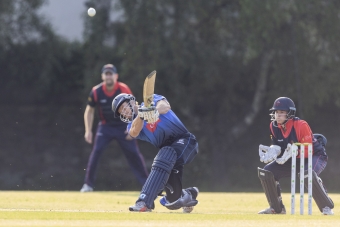 Can the Lightning exact revenge on the Knights?

Leinster Lightning will be looking for revenge on the Northern Knights after the Knights came out on top in the recent T20 clash between the two sides. Given the high-quality game of cricket on display on Monday, expectations are high as these two sides face-off in the 50-over format at Pembroke tomorrow.

Despite that recent T20 loss, the Lightning sit in a very good position in this format with two wins from the two completed games. Due to a washout in La Manga against the North West Warriors, they won’t be able to record a full clean-sweep this year, but that won’t stop their desire to get one over on the Knights. The Lightning squad is as strong as ever, with Barry McCarthy and Josh Little both returning to the 50-over line-up after returning from injuries. This adds even more potency to an already strong bowling attack, which features the likes of Tyrone Kane and Peter Chase.

The Northern Knights will be on a massive high after returning home with three wins from three in the T20 festival at Pembroke last weekend. They showed a variety and depth to their cricket in all three games, most notably when hanging tough to deny the Lightning in the final game. The rise of Shane Getkate over the last number of months has been great to see and it will be interesting to see whether they will give him a chance at the top of the order in this format as well, after opening in all the three T20 games. Mark Adair had an excellent three days during the festival, and the recently Irish capped all-rounder will be looking to keep that run of form going into the incoming Irish series against Zimbabwe.

It is hard to single out one player from the Lightning squad, paying testament to the quality of the side at the moment. In their last 50-over clash, it was opener Jack Tector who stole the show with a big hundred against the Warriors in Bready. However, they have plenty of batting options, with the likes of Lorcan Tucker, Gareth Delany and Kevin O’Brien to call upon in the middle order. The bowling features variety, alongside the aforementioned seam bowlers, the Lightning have George Dockrell, Simi Singh and potentially Gareth Delany to choose from to bowl a wide variation of spin options. Singh has recently converted to being able to bowl leg spin whenever he chooses, which adds another string to his bow.

The Northern Knights team is beginning to shape up as a strong title contender this year. It now looks very balanced and also has a lot of strength and depth throughout it. James McCollum will more than likely open the batting and he has been in good form throughout the season. They also have Gary Wilson captaining the side, who brings a wealth of International experience to the table and is ably assisted by Harry Tector, the current Irish Wolves captain, who brings options with both bat and ball in this format of the game.

It will indeed be intriguing to see how these two sides match up in this longer format of the game. Key Battle: Lightning in a spin?

The one area of concern for the Leinster Lightning, and hence potential advantage of the Knights, is the home side’s batting against spin. In the T20 encounter between these two sides, the Knights’ James Cameron-Dow and Jacob Mulder combined to halt the momentum of the Lightning with some canny spin bowling. The Lightning will have to face these two bowlers again, possibly backed up by Harry Tector as well, so the balance of the game may come down to the question: can the Lightning negate the Knights’ spinners?