Preview: Ireland aim to make most of any English World Cup hangover 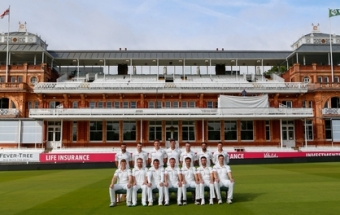 LONDON - Less than two weeks after England’s euphoric World Cup final victory at Lord’s, Ireland will be hoping to bring them crashing back down to earth. Ben Gardner from Wisden looks ahead to what will be a fascinating encounter.

While the dark glasses and tired faces on show at The Oval the morning after the night before suggested the festivities might have taken some getting over, there is reason beyond an extended hangover to believe Ireland could spring a surprise.

First, there’s the venue. The Home of Cricket might stand as a uniquely English symbol of cricket heritage, but lately, it’s not been the happiest of hunting grounds, with the hosts having lost eight and won seven there across formats over the last five years.

Ireland comes in in form having beaten Zimbabwe 4-1 across a recent limited-overs visit and shared an ODI series 1-1 with Afghanistan before the World Cup. England received a reminder of the threat Ireland pose earlier in the summer in a tense away side win in an ODI at Malahide.

Experience is also a key - despite the team playing just their third men’s Test in history, Ireland have a playing side with many years of experience in international cricket and playing in English conditions, as well as 10 players with Test caps in their 14. Meanwhile, England has chosen a side that may see up to three debutants.

Of that uncapped Irish quartet, England will be well aware of Mark Adair, who briefly stole the show back in May on ODI debut with a 30-ball 32, while Craig Young is a tall quick who has rediscovered his line, length and top speed. Lorcan Tucker is a highly-rated young wicketkeeper/batsman who has just begun to hit his straps at the top level, and Simi Singh is an experienced off-spinner who’s capable with the bat.

Perhaps foremost among Ireland’s concerns will be dealing with the occasion of it all. A Lord’s Test brings with it its own prestige and customs, and care has to be taken that after the red carpet has been rolled out and the bell rung they don’t take their eye off the ball, figuratively and literally.

But if they can get a foothold and start scrapping, a seismic win isn’t beyond them.

The pitch too looks set to assist the seamers, and with the game a four-dayer, the groundstaff may well leave more on it to aid a result. Test wickets have cost less than 25 runs apiece for quicks at Lord’s since the start of 2016. In a way, it’s set up perfectly for Ireland’s seamers – among them one of Lord’s’ most prolific in history – to come in and wreak havoc.

But should they not, England will have struck a psychological blow as much as anything, blunting Ireland’s most potent weapon and laying a platform for a big score to boot.

Pack the sunscreen, because London will be ablaze. Temperatures could reach highs of 35 degrees Celsius on Day One, and clouds will be few and far between.