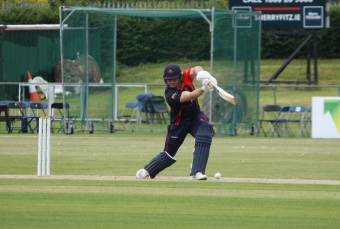 STORMONT - The Northern Knights will face off against the Leinster Lightning in a massively important Test Triangle Inter-Provincial 50 Over match at Stormont, with the winner holding massive sway in the likely outcome of the 50 over series.

The Knights and the Lightning have been extremely well matched based on their performances against each other in every format this year, with some tight and enthralling encounters being played out between the two sides. This should be no different, and with a lot on the line in this competition, this game could be one of the most intriguing Inter-Provincial games in recent years. Also, with the abandonment of the Test Triangle IP20 Festival last weekend, the Lightning will be looking for revenge and to seal a victory in this format after missing out on the T20 competition. The Knights will be eyeing a clean sweep of the competitions, having already won one and in close contention for two more.

What has been the strength of this Northern Knights side for the 2019 season is that there has been many different people who have put their hands up at different times during the season. However, in recent weeks it has been the performances of two youngsters that have caught the eye of many. Harry Tector is one of them, with the YMCA batsman being in stellar recent touch, which has included his maiden first-class hundred at Pembroke versus the Lightning, followed by a hundred for his club side a few days later. In limited overs cricket, he will have more of a say with the ball also, with his tight off-breaks proving tricky to get away. The other is David Delany, who has been bowling some of the quickest spells seen in recent times in Ireland in recent Inter-Provincial Championship games. His nasty spell of hostile bowling in the final session of their draw with the Lightning in Stormont was enough to get a lot of people excited. His natural pace is very worthy of viewing, and at the mere age of 21, the sky’s the limit for the Clontarf paceman.

The Leinster Lightning will be without Kevin O’Brien for this fixture as he recovers from an injury picked up just before the IP20 Festival. However, the Lightning also have two major inform men in their side in the shape of Simi Singh and Barry McCarthy. Singh has been in good touch, scoring runs for the Ireland Wolves in their wins over Bangladesh and Zimbabwe, he also scored a first-class century and took a four wicket haul in the final day of a recent Inter-Pro Championship game at Pembroke against the Knights. He has recently added new variations to his spin, which has made him trickier to play against. His batting has always had bundles of fluency and his good form is not overly surprising. Barry McCarthy has also been in tremendous form with the ball for both the Lightning and his club side, Pembroke, helping them reach their first Clear Currency Irish Senior Cup in the process. McCarthy bowls a lot of wicket taking deliveries and his aggressive style yielded him a five wicket haul against the North West Warriors.

With both sides sitting five points ahead of the Warriors, this could be a key game in the deciding of the winners of the Test Triangle Inter-Provincial 50 over series. With many stars of Irish cricket on show tomorrow at Stormont, it is one of the more anticipated games in this year’s Inter-Provincial Series.

Play is due to start in Stormont, weather permitting, at 10.45 am.