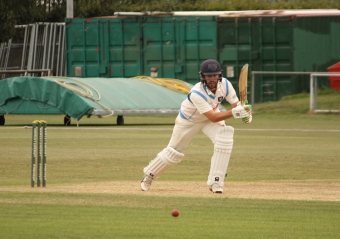 The North West Warriors and Leinster Lightning are set to face off in the second Test Triangle Inter-Provincial Championship match of the season at Bready on Monday.

The Warriors drew a heavily rain-affected game against the Northern Knights in their first game of the season, while the Lightning will be looking to gain revenge for letting this title slip for the first time last year since the Inter-Provincial Championship started in 2013.

The two sides have been able to name strong squads for this fixture with a plethora of Irish internationals and Ireland Wolves on show between the two sides. The Warriors see the return of Stuart Thompson and Boyd Rankin to their ranks for the first time this season, as the Lightning has been able to bring Barry McCarthy and Kevin O’Brien into the side.

In this format of the Inter-Provincial Series, the recent encounters between these two sides have been tight. Last year, both games ended in draws. However, the Warriors were very close to sealing a victory at Sydney Parade thanks to centuries from Stuart Thompson and Niall O’Brien. While the Lightning looked to have their opposition on the ropes when bowling the Warriors out for 80 in the return clash. However, neither side could force the win over the line, showing the resilience of both sides.

The Warriors will be looking to their Irish experience with big performances from their International stalwarts William Porterfield and Boyd Rankin. As always, captain Andy McBrine will be looking to add both middle-order runs and vital overs with the ball. Graham Kennedy, Ross Allen and Craig Young have all recently returned from the very competitive series between Ireland Wolves and Scotland A. They will be looking to put that experience to their benefit returning to this North West side. Graham Hume has also been in good touch with both bat and ball early this season.

The Lightning side has very good balance and a wide range of talented cricketers to select from. Stephen Doheny is injured for this game but has been replaced by Cormac McLoughlin-Gavin, who is likely to take his spot at the top of the order alongside Jack Tector, who scored a hundred in the fifty-over game between these sides. Captain George Dockrell and Simi Singh will look to do the damage in the middle overs of each innings, both with bat and ball, while Barry McCarthy will look to add late-order batting options alongside added fire in the pace bowling stakes. Image: Stuart Thompson, here during the Test match against Afghanistan in March, is a welcome return for the Warriors

Key Battles: Top of the order is the key

In these three-day matches, the key to the game can often be found at the top of the order. How both sides top order batting goes against high-class bowling could well be the determining factor between the two sides. Leinster Lightning will have to look after Craig Young, who looked as good as he ever has last week for the Irish Wolves, and the return of Boyd Rankin’s steep deliveries could well cause issues. Graham Kennedy and Graham Hume have both been in good form also.

The North West Warriors, who had a shaky start against the Northern Knights last month, will have to deal with the attack of Tyrone Kane, Barry McCarthy, Peter Chase and Fionn Hand. The return of Stuart Thompson could very much help that top order dealing with the strong Lightning attack.