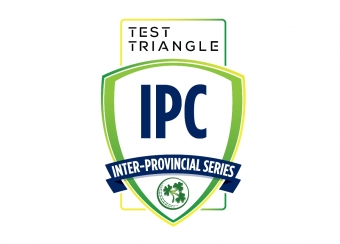 The North West Warriors will be looking to get their title defence of the Test Triangle Inter-Provincial Championship off to a positive start against the Northern Knights at The Green in Comber, by taking the momentum from their upset win over the Knights in the Inter-Provincial Cup on Monday.

If this match was based on last year’s two Championship encounters between these sides, the Warriors would be roaring favourites, having won both matches in convincing fashion. Indeed, the Warriors claimed a 10-wicket win here at this very venue almost 12 months ago, but today the two sides line up very differently.

Missing from last year’s Warriors line-up is the now retired Niall O’Brien and the injured Stuart Thompson - both men playing important and decisive roles in their teams Championship win.

For the Knights, while the bulk of their squad was indeed playing in last year’s two encounters, there has been a number of tremendous developments within the playing squad in terms of personal achievement and performance in the interim. With a further year under their belts, players like Harry Tector, Shane Getkate, Mark Adair and James McCollum look altogether much more capable prospects. Combined with the new captaincy of Gary Wilson, it is hard to look past the Knights on paper in this match-up.

Of course, that is what many said before yesterday’s 50-over match between the two sides. And we know how that ended up.

While a much younger side demographically than the Championship-winning squad of 2018, the North West Warriors will still be looking for their more experienced heads to lead them through this first-class challenge. William Porterfield seems to have struck some white-ball form, and will look to take this into the red-ball arena, while the experienced 34-year old seamer David Scanlon will likely form an important opening bowling duo with Craig Young in Boyd Rankin’s absence. However, look to the 26-year old captain Andy McBrine to step up with both ball and bat. McBrine missed the white-ball encounter on Monday, but will look continue his economical bowling that he displayed during the recent Afghanistan ODI series, and may look to emulate his heroics with the bat here at The Green having struck a patient 77 against the Knights - an innings that lifted the Warriors out of a precarious position to an ultimately match-winning one.

For the Knights, the players will be hurting after letting the Cup match slip on Monday and will look to strike back hard. James McCollum, Harry Tector and captain Wilson will be determined to score big runs, while a bowling attack full of international talent will look to tie the Warriors batting line-up down. Watch for Test spinner James Cameron-Dow to bowl his way back into the national selectors sights after being overlooked during the international white-ball fixtures in May.

The key to this match may well be whose middle-order contributes the vital partnerships when called upon. Both sides have strong top-orders, but an early wicket or two with either side will expose middle-order batsmen with something to prove. For many within the Knights’ ranks, it will be about establishing their credentials against the red-ball with the Lord’s Test squad in mind in July - and for the Warriors middle-order, it will be more about proving they belong at this level. The talent in both sides is obvious, but which middle-order contributes vital runs when needed may decide the outcome of the match.

Conditions on Tuesday are expected to be sunny, but periods of light morning rain on Day Two and Day Three will leave damp conditions under foot.