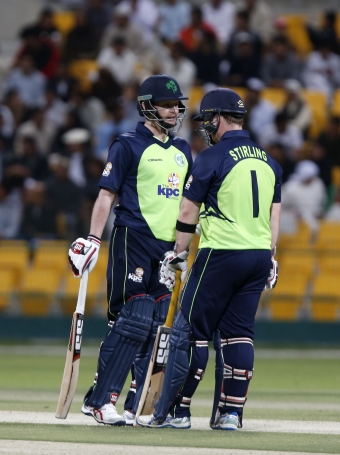 The T20 Series with Afghanistan now completed, Ireland will face the same side in 5 ODIs over the next week beginning tomorrow, before their crucial Intercontinental Cup fixture with Afghanistan, starting in the 28th March.

Both sides will be looking to build momentum ahead of the 4 Day clash. Afghanistan won the T20I leg of the series 3-0, with some records broken by both sides throughout these games. In the 3rd T20I, 438 runs were made in this match. This is the most runs scored by Associate Nations in a T20I, and it is the 6th highest overall in all T20Is. Ireland had some good performances from their 2-0 ODI Series win over UAE earlier this month. They will look to take this form into the ODI leg of the tour against Afghanistan this week.

So far in his international career, Barry McCarthy has proved that he has wicket taking capabilities. He showed this in the 2nd T20I against Afghanistan, where he took 4-33 on debut for Ireland in T20Is. The return of Ed Joyce will be a boost to the team. He did not play in the ODIs against the UAE. He will want to return to the form he showed against Afghanistan last summer, where he made 339 runs at an average of 169.50 with his highest score being the 160* he made in the 5th ODI in Stormont, where Ireland won by 12 runs. Andrew Balbirnie will also rejoin the Irish squad after making a successful comeback in the UAE ODIs. Balbirnie made 58(67) in the 2nd ODI on the 4th March in Dubai.

The North West Warrior has put in some impressive performances since returning to the Irish side, especially in the T20 leg of this tour. Along with Paul Stirling and William Porterfield, he helped Ireland equal the highest score in the Powerplay Overs in a T20I, where they made 91 runs in the 3rd T20I on Sunday. Thompson was the leading run getter for Ireland in that series. He made 104 runs at a strike rate of 173.33, with his highest score being 56(45) in the 1st T20I on Wednesday. It will be hoped that Thompson can continue this form with the bat throughout the ODI Series.
Afghanistan

Afghanistan have continued their good run of form in 2017 with the T20I series win over Ireland, after an ODI series win over Zimbabwe in February, as well as becoming in inaugural winners of the Desert T20 Challenge in the UAE in January. Mohammad Nabi showed his prowess with the bat in the 3rd T20I, scoring 89(30), the highest total by a No. 6 batsman or lower in a T20I. Mohammad Shahzad will be the danger man at the top of the order. He will look to get Afghanistan off to quick starts. He made 123 runs with an average of 41.00 and a strike rate of 139.77 in the T20I series.

The teenager continues to impress with the ball at international level He showed this in the T20I series against Ireland, where he took 10 wickets at an average of 6.11 with an economy 0f 5.50. Khan, along with Mohammad Nabi, was picked up by the Sunrisers Hyderabad at the recent IPL auction, being the first Afghanistan players to be a part of an IPL side. It would be expected that Rashid will be a crucial player, with his variations and big spinning googly, for the Afghanistan side.