May 28th 2019 by Andrew Blair White | International, Other 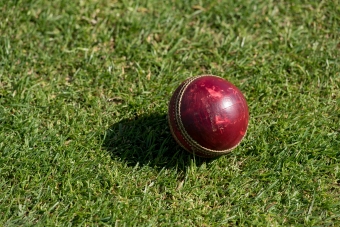 COMBER - A determined and resolute 8th wicket stand between Graham Kennedy and Graham Hume ensured that the North West Warriors came out of Day One of their Test Triangle Inter-Provincial Championship game against the Northern Knights, with credit on 234-7.

The Warriors, who won the toss and elected to bat first, may have been questioning their decision when some very tight bowling from the Knights attack restricted them to 36-4 after 19 overs. There was a wicket each for Graeme McCarter and Shane Getkate, plus two for Matthew Foster in the opening period of the game. When Harry Tector was introduced into the attack and removed Andy McBrine just before lunch, the Warriors were in big trouble at 52-5.

Steady batting from wicket-keeper Brendan Louw and 17-year old debutant, Kyle Magee took the North West up to 87, before Tector struck again to dismiss Louw for 38. Magee batted with great grit and patience for his 26, but he also fell victim to Tector when his attempted slog sweep found the hands of mid-on. The Warriors were 98-7 and on the brink.

This was when Graham Kennedy and Graham Hume came together and Hume immediately looked to add intent, which had been missing from the Warriors innings so far. He drove and cut well early, and Kennedy followed suit. The latter, who had been very careful early on, branched out his game and start to bat fluently. The two negotiated their side through to the tea break at 129-7.

The final session saw the Warriors finally justify their call to bat first as Kennedy and Hume began to assert against the Northern Knights attack. They both registered their half-centuries during the evening session, with Kennedy finishing the day on 73 not out and Hume concluding on 54 not out. Their side finishing on 234-7 after the first day’s play and will be looking to further enhance that score in the morning. The Knights, however, will be searching for three quick wickets and then go about building their own total during an eagerly anticipated Day Two.