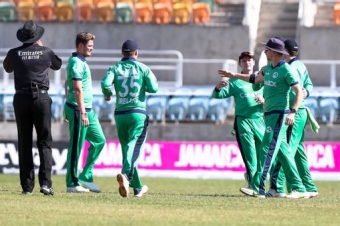 The rescheduled fixtures have been confirmed

The second CG Insurance ODI will now be played on Thursday 13 January, with the third and final CG Insurance ODI on Sunday 16 January at Sabina Park. First ball is 9.30am local time (2.30pm Irish time).

The rescheduling occurred following five COVID-19 positive cases, as well as injuries in the Ireland camp leaving the Ireland squad depleted ahead of the 2nd CG Insurance ODI which was originally was scheduled for Tuesday, 11 January.  As a consequence the one-off CG Insurance T20 International has been cancelled to allow for this revised schedule and to avoid impact on the West Indies team’s travel plans and subsequent fixtures.

These ODI matches form part of the ICC World Cup Super League with both teams having the opportunity to win points to be one of the top seven teams, excluding hosts India, to gain automatic qualification for the 2023 ICC Men’s Cricket World Cup.

Live coverage is available on ESPN Caribbean in the West Indies and BT Sport in Ireland as well as with CWI’s broadcast partners around the world.