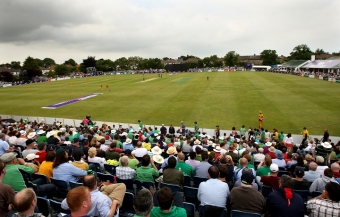 Clontarf has been confirmed as the venue for the RSA Insurance ODI Series between Ireland and Pakistan.The Castle Avenue venue will host both fixtures which will take place on Thursday May 23 and Sunday May 26 (10:45am start).

The picturesque Dublin venue is renowned for its great atmosphere, with both England and Australia having played there in recent years.

Cricket Ireland have produced some fantastic offers for fans of both sides wanting to attend the games as a carnival atmosphere looks sure to be created in North Dublin for both matches.

For the first time, an ‘Early Bird’ special is on offer with a 20% discount for both match tickets purchased on Ticketmaster before May 10th - that would mean an adult ticket being priced at just €20, and a youth ticket €8.

There are also discounts for a bundled two-match package, with an adult being able to see both games for a great value €35, Under 16’s just €12, and a family package (two adults, two kids) being priced at only €89. The two match package will only be available until May 10th.

For Irish opening batsman Paul Stirling, the series represents a chance to renew rivalries against the Pakistan attack, having scored a memorable century the last time the sides met in Belfast in 2011.

The 22 year old, fresh from a successful Bangladesh Premier League tournament said of the games: “It was one of the highlights of my career when I made that hundred in front of my home crowd. The conditions were pretty difficult,  especially facing one of the best bowling attacks in world cricket. After the match their coach Waqar Younis said some very complimentary things about my innings and that gave me great belief and confidence.

“You always want to test yourself against the best and in Umar Gul, Saeed Ajmal, Junaid Khan and Shahid Afridi, Pakistan have some truly world-class bowlers. It’s sure to be a fantastic series and I’d be confident of the squad acquitting ourselves well in home conditions.”

Ireland coach Phil Simmons is also relishing the opportunity for his team to test themselves against a top international side saying: “These are the sort of games that both the players and the fans really look forward to. I think we owe the Dublin supporters a big win. We’ve beaten West Indies and Zimbabwe in Belfast, as well as those famous World Cup wins against England and Pakistan abroad. We should have beaten Australia here in 2010, but threw away a great chance. It would be fantastic for the passionate fans here if we could win at least one of the two games - this squad has certainly got the ability to do that.”

Philip Smith, CEO of RSA Insurance Ireland looked forward to the series saying: “As proud sponsors, RSA Insurance is delighted to partner with Cricket Ireland and support two days of the highest quality sport at Clontarf against one the world’s cricketing powers.

“RSA, together with sports fans across the country, eagerly awaits what we know will be tremendous performances by the team against Pakistan and throughout what is shaping up to be a great cricketing year. It’s clear that the increasing number of top International teams seeking to play on these shores directly reflects Ireland’s growing status within the global game.”

The ticket prices are as follows:

For further information on these games as well as the RSA Challenge between Ireland and England on Tuesday September 3 visit http://www.ticketmaster.ie/