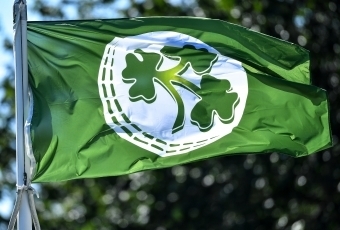 DUBLIN – The second ‘virtual’ Cricket Ireland Annual General Meeting was held today, where a new Chair-Elect was approved, the 2020 financial accounts accepted and a new independent director appointed to the Board.

Philip Black, President of Cricket Ireland (whose term was extended by 12 months at the last AGM as a result of the pandemic), said:

“It goes without saying that 2020 was a challenging year for all, especially those who love, play, coach, administer, volunteer or support sport. The impact of the pandemic on cricket in Ireland was felt keenly from the national governing body to the clubs. Despite this, we saw an amazing sense of resilience and camaraderie amongst the Irish cricket community as Cricket Ireland, the Provincial Unions and the 120+ clubs worked diligently to safely run a shortened season in difficult circumstances.”

“And in some rare moments we collectively shared some joy on the international stage too – the Ireland Men’s team had wins over West Indies, Afghanistan and, of course, that win over England in Southampton. The Ireland Wolves had a very successful series against Namibia in South Africa. However, we spare a thought for our senior women’s team who had two tours, a home international programme and a world cup qualifying tournament lost in the flurry of cancellations and postponements.”

“The AGM is also a moment during the year when we look back with sadness at the passing of many from the cricket family over the previous 12 months, which included our great friend Roy Torrens on this occasion. The loss of any member of the cricket family is a sad occasion, but the legacy of those who have passed can be found in the strength, growth and passions of the thousands of players, coaches, volunteers, administrators and fans of our great sport.”

“We look forward to happier days in 2021, and the return to what we all hope is a sense of normality. I wish the Irish cricket family well as we start a new season.”

“Like every other sporting organisation in the country, Cricket Ireland was negatively impacted by COVID-19, with the game brought to an effective standstill from last March. As a result, broadcast, matchday and ground income ground to a halt, but we responded quickly by implementing a series of cost saving measures with staff accepting salary reductions and all sorts of expenditure put on hold.”

“Even with these measures we faced a significant deficit, but in the end, the funding received from Government wage subsidy schemes north and south, and in particular from Sport Ireland in December 2020, ensured we posted a surplus of €1.54 million. However, like a number of sports also in receipt of the valuable Sport Ireland resilience funding, in particular a summer sport, we were unable to spend this funding in the final weeks of the year. So, what looks like a positive financial outcome on the face of it in fact masks the true position which is that these funds are effectively already committed and will do nothing more than cover our projected 2021 deficit.”

“Like the rest of the sporting sector, we expect the business impact from the pandemic to endure well beyond 2020, and that it will take a period of time for our revenues to recover to the level of 2019. We envisage a range of uncertainties associated with COVID-19, which will result in Cricket Ireland recording higher costs than expected due to factors like honouring rescheduled fixtures, the spike in demand for temporary infrastructure, costs of biosecurity around our events, and provision of PPE.”

“Despite these challenges we remain steadfast in our belief in a bright future for cricket in Ireland and are focused on ensuring our foundations remain solid so we can bounce back stronger from the grassroots up. Our goal is to bring everyone back after lockdown restrictions ease further and also attract the next generation of players, fans and volunteers to cricket.”

“This has only been possible with the continued support of Governments and sporting bodies in both jurisdictions, and I would like to thank them for recognising the unique circumstances facing sporting organisations across the country due to the impact of COVID-19. This support has proved invaluable, not only to Cricket Ireland, but to the entire sporting sector during the pandemic as it has helped lay the foundation for the reopening of sport in Ireland.”

“I would like to also acknowledge the hard work of the staff of Cricket Ireland and the Provincial Unions that facilitated a safe return to cricket activity for all in 2020. In my role I often get to see behind-the-scenes on the operational work that goes into delivering cricket, and I know that you all went above and beyond during challenging times to ensure we could enjoy at least a partial season in a safe and healthy manner.”

The members approved the appointment of Brian MacNeice to the role of Vice-Chairman, as a one-year transition has commenced to replace Chairman Ross McCollum who will step down in 2022. Brian will work closely with Ross over the coming 12 months as world cricket negotiates some major challenges, including re-emergence of the sport from the pandemic, the next ICC rights cycle and establishing the international playing calendar between 2023 and 2031.

Brian MacNeice, who is currently a Managing Director at Teneo, has 30 years experience in consulting across a range of industries, most notably acting as a strategic advisor to major businesses and sports organisations in Ireland and overseas. He is the current President of Clontarf Cricket Club and was appointed to the Board of Cricket Ireland in 2020.

“It is an incredible honour and somewhat humbling to have been nominated and approved. There are many very capable and experienced people within Cricket Ireland and no shortage of people that would have excelled in the role, so I am flattered by the faith and confidence placed in me to take on the role. I am also acutely aware of the responsibility that comes with that to ensure I repay that faith and work to my best endeavours in the best interests of Irish cricket.”

“The fact that I will have a full year to prepare before I formally take on the role is of great benefit. The role is a demanding and extensive one in terms of the brief and the year will give me an opportunity to get to grips with all of the areas to be covered. I am looking forward to using the time to get around the various provinces and clubs to understand better the priorities across the cricket community. I will work very closely with Ross to both support him in his continued role as Chair and to try and absorb as much knowledge as possible both on the domestic and international landscapes. I am also looking forward to working closely with my fellow Board members, Warren Deutrom and the staff at Cricket Ireland, and the various provincial bodies/people in preparing to ensure I can hit the ground running when I formally move in to the role in 12 months’ time.”

“Cricket Ireland has just launched its latest strategic plan and the Board have set out a future direction both in the short-term and the longer-term journey beyond that. We have achieved so much in such a short space of time. It would have been unimaginable to think Ireland would be a Full Member nation a mere decade ago. The rapid pace at which cricket on this island has transformed is astonishing. However, we still have much work to do to ensure that we continue to strengthen, support and grow the game across the island and transition to our full membership status. Our clubs across every province are crucial. We must work hard together to ensure we have sustainable, thriving clubs as strong grass roots allow us to flourish. We should innovate and expand the reach of our game to make sure more people are encouraged to get involved at whatever level is right for them. We need to get more youngsters picking up bats and balls and having great fun through cricket. We have the opportunity to be an open, inclusive, diverse sport and embrace the different cultures that are drawn to the game. There are huge growth opportunities for women and girls and this has to be a major priority area in the coming years.”

“The success of our international teams has made us all proud. We need to continue to invest in our pathways and performance programmes to ensure we are competitive on the Men’s and Women’s international stage so that we can celebrate many more wonderful sporting successes on the world stage.”

“I am greatly looking forward to working closely with Ross over the coming year. He has done a phenomenal job as Chair to date and he isn’t finished yet! Our standing with major stakeholders domestically and internationally has grown immeasurably in his time in the role. The time will come in a year for the many deserving plaudits to come his way. For now though, my focus is on supporting him, learning as much as I can from him, and preparing as best I can over the next 12 months to be ready to fill what are very big shoes. It is going to be exciting!”

Board and Committee appointments

“I’m delighted to be appointed to the Board of Cricket Ireland. I’ve been involved in high performance sport for almost 20 years now in that time I’ve been fortunate to work with many sporting organisations across the Olympic, Paralympic and Professional sport spheres.”

“Cricket Ireland is one of the most progressive sport organisations in the country, over the last decade and a half the organisation has managed an exciting period of positive developments and growth for the sport. It’s an honour for me to be appointed to the Board and have the opportunity to make a positive impact along with my fellow board members on Cricket Ireland’s strategic ambitions in the coming years.”

This AGM marks the end of Murray Power as Company Secretary for the Board of Cricket Ireland after 5 years in the role.

“Murray Power has spent more than 50 years working within the game that he loves. He has held numerous high profile roles within the Provincial and National game – notably being President, Chairman, Company Secretary and Honorary Treasurer for both the Northern Cricket Union and Cricket Ireland. In fact, Murray has almost continuous service in various capacities for the last 45 years at the national level.”

“While he has umpired at club level, Murray has excelled at scoring – he has scored at all levels of the game for those five decades, including nearly 300 international matches for Ireland.”

“Today marks the end of Murray’s official involvement as he steps down from the Company Secretary role with Cricket Ireland that he has held since 2016. On behalf of the Board, staff and indeed anyone who is close to Irish cricket, I would like to express our utmost thanks and deep appreciation to Murray for his dedication and service to cricket in Ireland. He has been part of Irish cricket’s incredible journey over half a century and he’s leaves behind a great legacy. I’m sure that, come more normal times, we’ll continue to see Murray around the boundary at many Irish grounds over coming years, but in terms of your official support, we simply say thank you.”