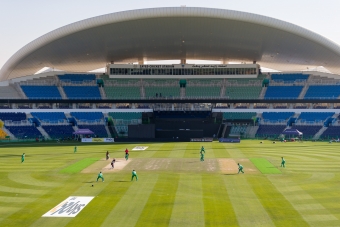 ABU DHABI – Thursday sees the start of a three-match ODI series between Ireland and Afghanistan get underway. The three matches form part of the ICC’s World Cup Super League, meaning that there are qualification points up for grabs as the men in green continue their quest to reach the 2023 World Cup in India.

Captain Andrew Balbirnie is fully aware that these three games are vital in the hope of reaching India, but stresses that his side must deal with the outcome of the series regardless of what the result may be.

“Against teams around us in the rankings, you want to get as many points as you can. You want to get 30 points, that first and foremost. If it doesn’t go your way, then you start to look at where you get points.”

“If we get 20 points, 10 points or even no points we’re going to have to deal with that. We’ve got a lot of cricket coming up over the next couple of years and this next week is going to be vital in our quest to qualify [for the World Cup].”

Balbirnie’s side played in an unofficial warm-up match against Afghanistan last weekend as a result of ODIs against UAE being suspended and explained that it was an unexpected, yet useful, exercise.

“It was a different team without Rashid (Khan) and Mujeeb (Ur Rahman). They’re the two bowlers we look at as batters and how to go about playing them.”

“It all happened at the last minute, naturally, because the matches against the UAE were being called off left, right and centre, so fortunately Lance Klusener (Afghanistan’s head coach) and Fordie (Graham Ford) came up with the idea of playing a game – it was great for us to get a run out against the team we’re going to be playing over the next week.”

“We had a look at their batters in similar conditions to what we’re going to be playing in and give our players another chance to find form going into the series.”

Given the interrupted nature of the tour, the 30-year-old has been really impressed by the younger players on tour and is excited by what they can offer in the coming matches.

“The young guys have been great. It’s probably the youngest squad that I’ve been involved in; the guys are just really keen to get better and improve day-on-day and we’re doing a lot of talking as a group as to how best go about it.”

The series will take place on the same ground as the recent series against UAE. Having won their final match against UAE and with encouraging performances from several players throughout the series, Ireland will be brimming with confidence and will look to carry that form into the series opener.

In a late change, all matches will start at 10am local time due to the risk of early morning fog delaying the start of play.

The following details are:

For all other countries, we’ll advise if any updates are announced by the Afghanistan Cricket Board.