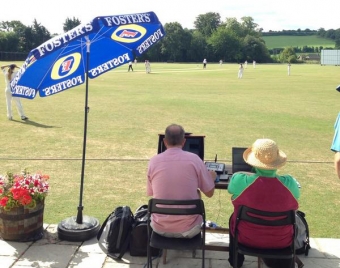 Ireland Women ended their 2014 County Championship campaign with a 10 run defeat after they were edged out by Somerset in a nail-biting final over thriller at Brislington Cricket Club today.

A spirited final wicket stand of 38 between Louise McCarthy & number 11 Lucy O’Reilly nearly clinched victory for Ireland, after a middle order collapse left them in trouble chasing 226 for victory in their final match of the ECB County Championship.

Shaunagh Kavanagh (22) and Cecelia Joyce (44) got Ireland’s reply off to a solid start putting on 54 for the first wicket, with Laura Delany (19) and Elena Tice (32) also getting good starts before they were both run-out.

Then Ireland were reduced from 128-4 to 179-9 which brought McCarthy and O’Reilly together and final the pair set about chasing down the Somerset total, and two boundaries in the penultimate over meant the visitors need 11 from the final six balls. But after a dot first ball O’Reilly was out stumped for a well made 23, while McCarthy was unbeaten on 26.

Earlier, an imposing 3rd wicket stand of 175 from Fran Wilson 89, who’s runs came at more than a run-a-ball, and Sophie Luff, who scored 90 off 156, made the Ireland bowlers work hard early on. Before a late resurgence from the Ireland attack saw the home side lose 6 wickets for just 40 runs as they closed their 50 overs on 226-9.

Focus now turn to the shortest format of the game for the Girls in Green, as they travel to take on Staffordshire and Somerset again in the ECB T20 Division Two promotion play-offs on August 3rd, before they compete in the European T20 Championships in Rugby from August 12-17.