Squad announced for Ireland Men’s T20Is against India at Malahide 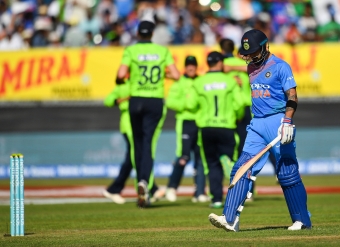 India returns for the first time since June 2018

DUBLIN – Cricket Ireland has today announced a 14-player squad for Ireland Men’s T20 International series against India to be played at Malahide on 26 and 28 June 2022.

The first match is sold out, while the second match has only a limited number of tickets available.

Olphert, 26, plays for Bready at club level, and while he made his List A debut in 2020, the current season has been his most eye-catching. The pace bowler, renowned for his pace and bounce, was taken as a net bowler on Ireland Men’s tour to the UAE on early 2021. He has claimed 6 wickets at 19.17 in the Inter-Provincial T20 Trophy so far and has also bagged 6 wickets in the 50-over competition. “There aren’t many better challenges for a new national coach to have than to start your tenure against the world’s number one-ranked T20I side, India. Heinrich [Malan] has been working hard since his arrival in Ireland, criss-crossing the island, getting to know the players and familiarising himself with the growing depth of talent we have here – and it’s this growing depth of talent that has made a challenging selection process for the first fixtures of the men’s home season.

“The T20I squad features a familiar core to the squad, but it’s pleasing to see a number of new faces earn their call-ups in Stephen Doheny and Conor Olphert. Both Warriors’ players have impressed at inter-provincial level this season with consistent performances, while Doheny has also come off the back of a good tour of Namibia with the Ireland Wolves. Olphert has bowled quickly, particularly on good wickets at Comber last month, and his selection gives as an opportunity to look at him as a tactical option given what lies ahead for the rest of the year.

“As always, there are numerous players who could probably consider themselves unlucky not to make these squads but runs and wickets are the currency we look for and the selectors believe we have picked squads that recognise and reward consistent form and performance on the field.”

Tickets are available to buy online at www.cricketireland.ie/tickets.