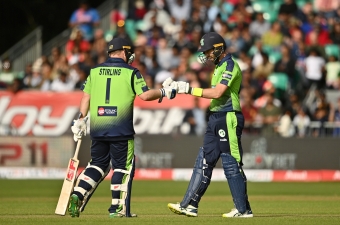 DUBLIN – Cricket Ireland has today announced a 14-player squad for Ireland Men’s T20 International series against New Zealand to be played at Stormont from 18-22 July 2022.

Selectors have kept faith with the T20I squad that faced India in a two-match series last week.

“Naturally, the Selectors are backing the players that performed well against India – the high standards we sought were delivered upon, and we hope the squad can put in similar performances against New Zealand. The second T20I against India was a superb spectacle for the fans, but I know the coaching staff and players were gutted not to get across the line.

“The players should take great confidence from the past week, and we hope that this can lead to a greater consistency in performances. It would be fantastic to see the sporting public - young and not-so-young - come out in their numbers and support the team at Stormont.”


Tickets are available to buy online at www.cricketireland.ie/tickets.