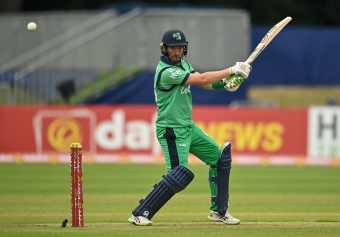 DUBLIN – Selectors have named two squads for the upcoming Ireland Men’s multi-format white-ball tour of the USA and West Indies next month.

A 15-player squad has been named for the One-Day Internationals against the USA in December and the World Cup Super League series against the West Indies in January. Leg-spinner Ben White receives his first call-up to an ODI squad after making his T20I debut against South Africa in July this year.

A 15-player squad has also been named for the T20 Internationals against the USA and West Indies, however, Josh Little will miss the USA series as he has been released to be play in the Lanka Premier League. Little will join the touring party prior to the ODI series against the USA, then will remain with the Irish squad for the remainder of the tour.

* Josh Little will join the travelling squad ahead of the ODIs against USA and remain for the rest of the tour.

“The Selectors have had to make some tough decisions as we look to move the men’s squad forward, particularly in the T20 format – however, what has influenced our thinking behind some key selection decisions is the proximity to the T20 World Cup Qualifier in early 2022.

“We had hoped that we could have avoided the need to qualify for next year’s T20 World Cup through advancing to the Super 12 stage of the last tournament, but our early exit means that our transition and succession planning horizons have been shortened somewhat. The USA and West Indies tour has taken on a greater sense of importance - and indeed, a greater sense of urgency regarding some of the tactical changes we need to consider.

“One of the hardest selection calls has been to omit Kevin O’Brien from this tour. Kevin has been an instrumental part of our senior squads for many years, and played a key role at the top of the order in the T20 format in recent years. However, with the T20 World Cup Qualifier just around the corner, the Selectors want to try a different dynamic at the top of the order, and enable greater power-hitting potential in the middle order.

“The statistics don’t lie – in T20Is we have had a problem for a while now with boundary and six-hitting - particularly outside the powerplay overs. We see the way that the best sides can accelerate their scoring rates and access the boundaries during the latter overs of an innings, and we have lacked that in recent times. It also goes without saying, but an ability to clear the ropes is also an area we have to try and address, and as such we have brought William McClintock and Shane Getkate back into the reckoning to add firepower to the middle order. We will also re-jig the batting order at the top, with Andrew Balbirnie to partner Paul Stirling as an opening pair, and Gareth Delany and Curtis Campher likely to move to 3 and 4 respectively.

“The selection of Ben White for the ODI squad shows a vote of confidence in the young leg-spinner’s talent, and we see him adding variation for Andrew Balbirnie to call on.

“We have also given permission for Josh Little to miss the USA T20I series to play in the Lanka Premier League, but given the importance of the ODI squad’s build-up to the crucial World Cup Super League series against the West Indies, he will join the travelling squad just before Christmas in order to prepare for the USA ODI series.”

USA leg of the tour

The fixtures on the US leg of the tour are:

Ticketing arrangements for these matches will be announced shortly via www.usacricket.org.

West Indies leg of the tour

Dates and venues of the multi-format white ball fixtures will be announced shortly.