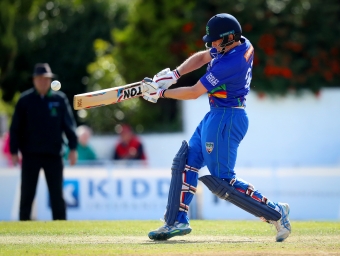 DUBLIN - The first of two T20 Festivals as part of the Test Triangle Inter-Provincial Series is set to begin this Saturday, with the four sides beginning to announce their squads.

The T20 Festival will be held at Pembroke Cricket Club, with free entry and some great cricket action on display.

The Northern Knights have named their 13-man squad.

The Munster Reds have named their 13-man squad.

Reds Head Coach, Ted Williamson said: “The challenge for us is to try and replicate what we did last year while at the same time trying to make little improvements from an individual and collective point of view. The introduction of some younger players with an eye on the bigger picture will add some new skill sets to our squad and that coupled with the confidence and belief gained from our performances in 2018 will make us even more competitive this season.”

The Leinster Lightning have named an unchanged 13-man squad from the squad named for its clash with Middlesex on Friday night.

The North West Warriors squad is expected to be announced shortly.

Find out more about the Test Triangle Inter-Provincial Series.