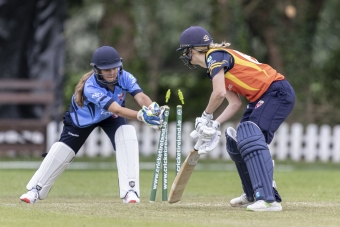 DUBLIN – Scorchers Head Coach Andrew Poynter is looking for his squad to continue its momentum in this weekend’s Toyota Super 3s T20 tripleheader at Oak Hill.

Poynter’s Scorchers last won the Super 3s title in 2017, failing to defend their crown last year to a resurgent Dragons side. A number of changes in personnel during the closed season saw the Dragons skipper Shauna Kavanagh move to the Scorchers to work with Poynter.

Kavanagh, who is also one of the centrally-contracted women’s internationals, said:

“The move to the Scorchers and working with a new set of players is something I am really enjoying. It’s a good challenge and is keeping me on my toes.”

However, after a tough start to the new season that saw the Scorchers lose their first two matches, Poynter is keen to see the squad use last weekend’s first win of the 2019 campaign as a launchpad. He said:

“After a brilliant win over the Typhoons last Sunday, the Scorchers are full of confidence and have lots of momentum going into Saturday.” Image: The Scorchers were defeated by the Dragons when the two sides met in May

This Saturday there will be a Toyota Super 3s T20 tripleheader held at Oak Hill in Wicklow, with free entry. More information on the Series can be found here. Fans can follow the game via the My Cricket Ireland app.

Dragons: squad to be named shortly.