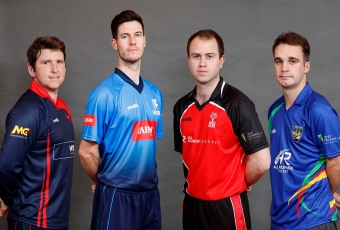 The Test Triangle Inter-Provincial T20 Festival is one of the most eagerly anticipated weekends of the summer with the four Inter-Pro sides facing each other over three days in exciting back-to-back action. After the inaugural Festival last year, the excitement leading up to this year’s remake is bigger than ever, as it comes just after the Leinster Lightning clash with Middlesex the previous day.

And it was Leinster Lightning who came out on top in the T20 tournament last year, which culminated in this festival at the backend of the summer. However, they didn’t have it all their own way, with Munster Reds getting a big win over them in a terrific last-over thriller. However, the Lightning have still been a sensational force in this format in the last number of years, winning the last four renewals of this trophy. They have a strong squad with many different assets to it, with great options and depth in both bowling and batting. Their squad is unchanged from the one that was named to play Middlesex, with the likes of George Dockrell, Andy Balbirnie, Simi Singh, Barry McCarthy and Lorcan Tucker all bringing big international experience to the table.

The Northern Knights have named a strong squad for the Festival with the returning Gary Wilson getting his first taste of domestic T20 action, he captains the side that has grown into itself recently. It features recently Irish-capped, Mark Adair, while other Irish and Ireland Wolves options include James McCollum, Harry Tector, Shane Getkate and Neil Rock. They have a lot of different and useful options in both batting and bowling and will be very keen to be vying for some silverware in the Interpros this year. Their team is looking as strong as it has ever been. Image: Will the Northern Knights be the main challenger for Leinster Lightning’s title this year?

The Munster Reds were a bit of a revelation at last year’s Inter-Pro Festival and in this tournament as a whole. They recorded two wins last year including eclipsing the Leinster Lightning in the last game. They return this year with a lot of familiar faces, the five men coming up from ‘down south’ were the exact same five as last year, captained once again by Jeremy Benton. Also, those who are returning include Jarred Barnes and the dangerous Max Sorenson. The likes of Stephen Doheny and Jack Tector get a bigger chance to contribute in this format for this team, while young Irish Wolves players JJ Garth and Nathan McGuire will be keen to impress. They could well claim a few big scalps.

To conclude is the North West Warriors, who finished third in last year’s T20 trophy. They certainly have the ability to feature highly this year and they will be buoyed by the fact they have both William Porterfield and Boyd Rankin available to them, both extremely experienced T20 players at International and English domestic level. Their experience could prove to be vital during the business end of games. Craig Young has been on a resurgence of his career and is bowling better than ever recently, he will be looking to continue that good form into this weekend. While Andy McBrine’s bowling in limited overs cricket has got him a lot of caps for the International side, for very good reason. Graham Hume and Graham Kennedy have been the stars for the North West so far this season and they will be hoping to transfer that form to this format.

It should be an excellent weekend of high-quality cricket and it will be very intriguing to see who announces themselves as the leading contenders for the T20 title this year.

You can follow the action via the My Cricket Ireland app or on Cricinfo.