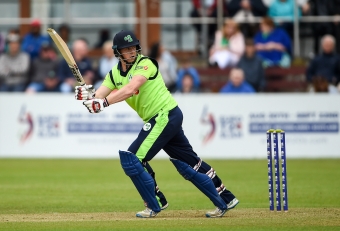 The Ireland Men’s cricket team has today learned of its Group Stage opponents when the draw was revealed for next month’s ICC Men’s T20 World Cup Qualifier to be staged in the United Arab Emirates.

The tournament, which will be played between 18 October and 2 November 2019, will see six of 14 teams progress to the 2020 Men’s T20 World Cup in Australia. Two groups of seven teams will compete in a round robin with the top team in each group automatically qualifying for the World Cup. Teams 2-4 in each group will enter a play-off series to determine the final four qualifying teams.

“While it’s a competitive draw, our squad will back itself to progress out of the Group Stage. With so many nations focusing nearly exclusively on T20 cricket, and with the current rankings tightly bunched, it will be a challenging tournament no matter who we come up against, so we will do our utmost to benefit from the upcoming tri-nations competition and give ourselves the best opportunity to qualify for that all-important T20 World Cup spot in Australia next year.”

All start times quoted are in local UAE time: