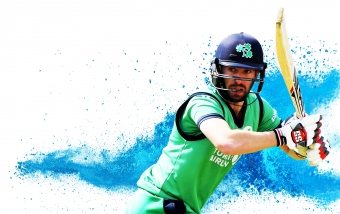 The T20I double-header on 29 June is now sold out

Cricket Ireland today announced the T20 International double-header on 29 June 2018 at Malahide Cricket Club is now sold out. However, fans keen to support the national team can still buy tickets for the Ireland Men’s v India Men’s T20I on 27 June 2018.

In late 2017 it was announced that the Ireland Men’s team would play the biggest drawcard in world cricket, India, in two T20Is. In March 2018 it was further announced that the match on the 29th June would be part of a T20 double-header, with Ireland Women’s team taking on Bangladesh Women in a preceding fixture.

“Off the back of the closely fought Test match against Pakistan, interest has been high both in Ireland and around the globe – it seems everyone is hungry to learn more about Irish cricket.”

“Ticket sales have been strong since we announced the two India matches, and we are pleased to say that Friday 29th is now sold out, with a maximum ground capacity of 8,500 seats.”

“Adding further to the interest of the match on the 29th was the double-header billing – for fans it means on one day they can enjoy both the men’s and women’s national sides taking on truly world-class opposition. This is exactly the way we hoped the community would respond when we set out to make cricket a mainstream sport here on these shores, and we thank our growing cricket fanbase for following us on this remarkable journey.”

Hospitality packages are still available for the match on the 29th June, and fans can still purchase tickets for the T20I against India on the 27th June through Ticketmaster.

Broadcast of the two T20I fixtures between Ireland and India are as follows:

Details of broadcasts in other overseas territories will be announced closer to the matches, as well as details of radio commentary.