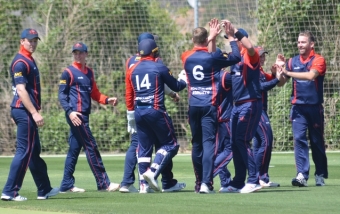 The Northern Knights have won the 2019 IP20 Series

BREADY - The decision has been made to abandon the final three games of the Test Triangle Inter-Provincial T20 Festival due to a wet ground and concerns over player safety and welfare.

Unfortunately, due to heavy rain throughout the week, the ground at Bready Cricket Club has become very wet and a potential hazard for anyone trying to play on it. After consulting with the groundsman and officials, Cricket Ireland has made the decision to abandon the remaining three games of the weekend.

Speaking about the decision made, Cricket Ireland’s Olly Hodges said:

“This is a major disappointment to everyone involved with the setting up and running of this T20 festival. However, player safety is paramount and the ground has been deemed unfit to host any games for the remainder of today and tomorrow.”


“With many major fixtures coming up in the next few months for individual players between club finals and World Cup Qualifiers for the international side, the call has been made that it would be prudent not to risk the players in an unsafe environment to play.”


“We would like to extend our thanks to everyone in the North West Cricket Union and at Bready Cricket Club, for their efforts in attempting to make play possible over the last 2 days. Unfortunately the weather has conspired against us.”


Due to the remaining games being abandoned, this means that the Northern Knights have won the 2019 Test Triangle Inter-Provincial T20 Series.

The Inter-Provincial series will continue this week, weather permitting, with the Northern Knights taking on the Leinster Lightning in the 50 over competition at Stormont on Tuesday. Play is due to commence at 11 am.