This weekend’s Cup Finals - where, when, who 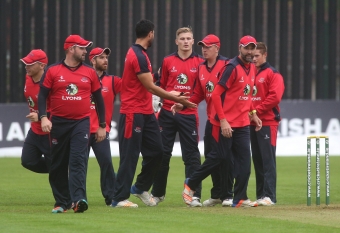 This weekend sees the finals of the Clear Currency Irish Senior Cup and Clear Currency National Cup. The two matches will be played across this coming weekend. Here are the details you need to know.

Merrion Cricket Club defeated Clontarf Cricket Club in a tightly contested semi-final to book their place in the Final. Their two-wicket win featured a wonderful innings of 99* by Irish international John Anderson.

Waringstown had a more decisive victory in their semi-final win over Strabane after being sent into bat. Compiling 331-7 from their 50 overs, they finished with a 167-run win, a victory in no small part thanks to the all-round efforts of former international Kyle McCallan who scored 75 runs with the bat and then followed up with 3-39 with the ball.

Waringstown also come into the Final with momentum with a trophy-laden season which included recently winning the Sunday Independent All-Ireland T20 Cup.

Rush Cricket Club have had a good deal of recent success in this competition, having won the Cup in 2015 and 2016. Limerick are finalists for the first time, not previously making it past the competition’s third round.

Rush travelled to the north-west to take on Ballyspallen in the semi-final, and came away with a 70-run win, with Stephen Doheny starring with 54 with the bat and taking 4-13 with the ball. Meanwhile, Limerick dominated their semi-final rivals County Galway in a convincing 5 wicket win.

Will the city of Limerick’s recent GAA success spill over into the cricket arena?

Cricket Ireland acknowledges the support of Clear Treasury who, through their brand Clear Currency, generously support grass-roots cricket in Ireland.