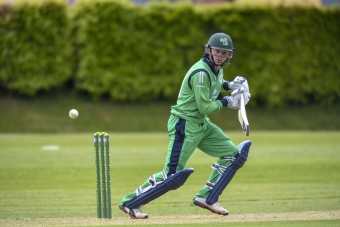 Three emerging players have been awarded with retainer contracts after impressing Selectors on the recent Ireland Wolves tour to Bangladesh. Each player had come into the Wolves squad off the back of successful season’s in 2020.

Stephen Doheny, 22, plays for Merrion Cricket Club and was recently announced in the North West Warriors squad for the 2021 Inter-Provincial Series. A right-handed top order batter, and part-time wicketkeeper, Doheny has been part of the Shapoorji Pallonji Cricket Ireland Academy, Wolves and underage programme for several years. Doheny finished top run-scorer in the recent Wolves tour, with 192 runs at an average of 32, with a highest score of 81.

Neil Rock, 20, plays for Rush Cricket Club and was recently announced in the Munster Reds squad for the 2021 Inter-Provincial Series. A left-handed wicketkeeper-batter, Rock has been part of the Shapoorji Pallonji Cricket Ireland Academy, Wolves and underage programme for several years.

Ben White, 22, plays for CSNI Cricket Club and was recently announced in the Northern Knights squad for the 2021 Inter-Provincial Series. A right-handed leg-spinner, White grew up playing cricket for Phoenix in Dublin before making the move north of the border ahead of the 2021 season.

This brings the contracted players list to 21 players, with Gary Wilson’s retirement and David Delany opting to not take up a contract in 2021.

“Stephen Doheny is a very talented top-order batter, who will also keep wicket for the North West Warriors. He showed glimpses of his talent with Munster Reds in the T20 festival a few years ago, and more recently with Leinster Lightning last summer. The selectors believe he has grown as a cricketer on the most recent Wolves tours of South Africa and Bangladesh. Consistency of performance will be his focus moving forward, and we are confident in his determination to work hard with Graham Ford and the coaching staff on pushing his game to the next level.”

“Neil Rock is one of the shining lights of under-age cricket and our Academy programme. He stood out at the Under-19s World Cup in New Zealand, and on recent Wolves tours - especially in Sri Lanka and Bangladesh. His natural talent is evident and we hope that this contract will allow him to work even harder to realise his dream and fulfil his potential. I look forward to him driving his standards to the highest possible levels.”

“Ben White has demonstrated an amazing work ethic and desire to improve his game. He has spent many hours in the winter at North County under the guise of Peter Johnston and Albert Van de Merwe and is proof that if you continue to work hard opportunities do come along. The coaching staff and selectors saw on the recent Bangladesh tour that Ben has the attributes to push on and strive for higher honours. He admits himself that he is on a huge learning curve, but is determined to be better day after day.”