Ticketing and spectators at this summer’s men’s home internationals 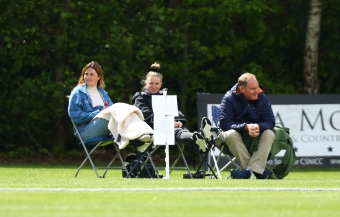 With the phased return of activity in the Republic of Ireland and Northern Ireland, there has been much anticipation around the possibility of spectators returning to international cricket matches this summer.

While we have already seen the reintroduction of spectators in Northern Ireland at the recent Ireland v Scotland women’s T20 series, many fans have been asking about ticketing and spectator arrangements for the upcoming men’s series against South Africa and Zimbabwe.

Cricket Ireland is working closely with Sport Ireland and Sport NI to maximise the opportunities for spectators to attend major matches in accordance with current COVID-19 procedures and protocols, particularly the Ireland v South Africa matches in Malahide, as we are yet to host an international in the Republic.

We will announce details of any ticket sales once arrangements and capacity allowances are confirmed.