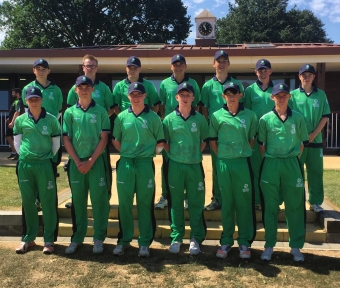 “We are blessed with another exciting group of cricketers and we’re looking forward to getting everyone together and getting underway.”

“Helping these players make positive strides to reach their cricketing goals is something we revel in and I’m aware there’s a good mix of characters in this squad who are more than capable of the challenge.”

The Under-15s Boys team had a successful 2018, which included victories over Scotland, Jersey, Middlesex and Berkshire under-age sides. Off the back of their performances at Under-15s level, a number of this year’s squad - notably captain Tim Tector and opener Nathan McGuire - were recently announced as new members of the Shapoorji Pallonji Cricket Ireland Academy.