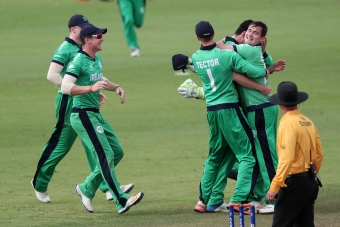 “With the Under-19 World Cup Qualifiers taking place in 2019 the selectors recently met to select the winter training squad. Two standout performers from the last Under-19 World Cup in New Zealand - Jonathan James Garth and Neil Rock - will look to play a major role in guiding this year’s team to another World Cup appearance.”

“Last year’s Ireland Under-17s team had a successful summer programme and players from this squad will hope to repeat that when they make the step up to Under-19 level. Tim Tector, younger brother of Jack and Harry, will be the youngest member of the squad, but deserves his place after a standout season at Under-15s level this year.”

“Playing in the Under-19s World Cup is the pinnacle for many young cricketers and this squad will be looking to qualify for the tournament and test themselves against the best in the world at this age group.”

In 2018 the Ireland Under-19s squad had a challenging, but ultimately positive World Cup campaign. The squad was led by Harry Tector (recently named Captain of the Ireland Wolves) and won three of their six competitive matches - the undoubted highlight being a thrilling four-run win over an Afghanistan Under-19s side that featured Mujeeb Ur Rehman. At the time of the campaign, Eagleson had noted: “They handled everything that was thrown at them and came away with an understanding of cricket at the top level and areas of their own game they needed to develop”.