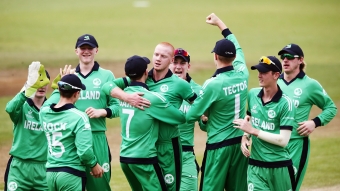 DUBLIN – Cricket Ireland has today named an exciting 14-player Under-19s squad that will travel to Worcestershire next week, prior to competing in the ICC Under-19 Cricket World Cup Qualifier in Netherlands in late July.

“July is a huge month for the Ireland Under-19s squad with the World Cup Qualifier taking place in the Netherlands. It will be a challenging month but one I know the players are very much looking forward to.”

“We’ve picked an exciting squad that includes players who have experience playing with the Ireland Wolves and at Inter-Provincial level. The squad will be led by Rush and Northern Knights wicketkeeper-batsman Neil Rock, with Jonathan Garth his vice-captain – both players providing important experience having been part of the last Under-19s Cricket World Cup in New Zealand in 2018.”

“We can’t look too far ahead though. Before we get to the Qualifier we have three matches against Worcestershire, a training camp and a warm-up match against the Emerging Knights – so it will be a busy month ahead but a great challenge for the lads.” Image: Neil Rock will lead the side