Warriors and Lightning tussle, but rain the ultimate winner in Inter-Pro Championship 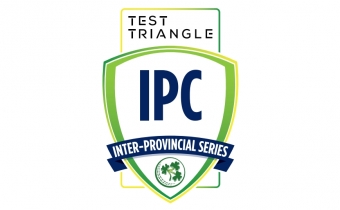 BREADY - There was a half-century to Andrew Balbirnie and three wickets for Craig Young, but the final day of the Test Triangle Inter-Provincial Championship match between Leinster Lightning and the North West Warriors was curtailed due to rain.

Going into Day Three, the game still had an outside chance of forcing a result after a very entertaining Day Two that positioned the Lightning in the box seat. However, the start time was again delayed due to scattered showers and there was no play until 12.30pm.

Once underway, the batters not out overnight added another twenty to the overall score before debutant Cormac McLoughlin-Gavin was dismissed by Boyd Rankin for 23.

This brought Simi Singh in to join Balbirnie and the two used the time at the crease wisely, getting some vital time in the middle before the big T20 festival this weekend. Balbirnie was slightly more aggressive and went through to his fifty with the score having moved on to 105. However, he soon fell off the bowling of Andy McBrine which sparked a minor middle-order collapse.

McBrine brought Craig Young back into the attack and the in-form seamer didn’t disappoint. He removed Kevin O’Brien and Lorcan Tucker in quick succession - the Lightning having slipped to 113-5. However, George Dockrell came in and stemmed the flow of wickets. and in partnership with Singh the Lightning captain helped put together a tidy partnership of 41 before the rain became an issue once more.

Without a chance to re-start, the match was called off with Leinster Lightning finishing on 154-5, with Singh 34* and Dockrell 26*.