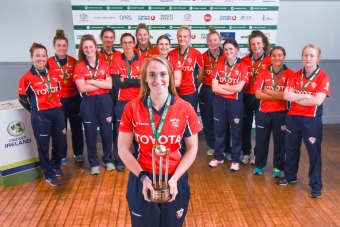 The Toyota Super 3’s series - the peak domestic competition for women’s cricket in Ireland - came to a conclusion last weekend with the Dragons claiming the title for the second time in three years.

Hear from winning Dragons captain Shauna Kavanagh, winning coach Tim Simmonite and Scorchers captain Kim Garth on the season in review and the growing importance of the competition to women’s cricket in general, and to the international women’s team.

Find out more about the Toyota Super 3’s competition and its history here.