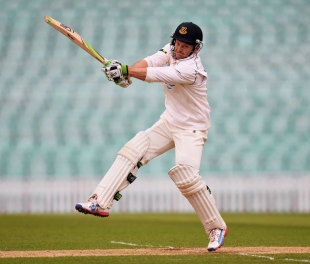 Ed Joyce continued his fine form with the bat recording a second stunning century in Sussex’s County Championship match against Warwickshire at Edgbaston yesterday - the first time the Irish left-hander has done so in a single match.

Ed has now scored more first-class runs this season than anyone in the UK so far this season.