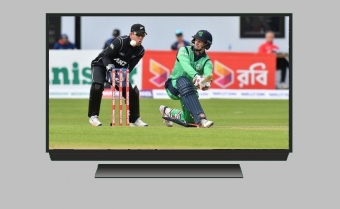 Sky Sports are the official broadcaster

The Ireland Men’s team has arrived in Zimbabwe ahead of the ICC Cricket World Cup Qualifier tournament, which gets underway on Sunday 4 March 2018. The tournament will conclude with the Final on Sunday 25 March.

Sky Sports has the broadcast rights in Ireland and will broadcast selected matches during the group stages, including Ireland v West Indies on Saturday 10 March 2018 (starting 7.30am, Ireland time).

The broadcast schedule is: