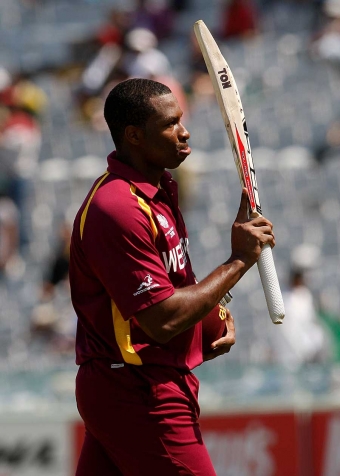 The West Indies cricket team has been blessed over the years with some of the finest fast-bowlers and strongest six-hitters the cricketing world has ever seen.

Ireland’s ODI history against the West Indies is relatively short but the West Indies six-hitters have still provided moments against Ireland that prove those credentials. Irish cricket’s experience of touring the West Indies came through the 2007 World Cup. The #BlarneyArmy was welcomed with open arms as they followed their heroes on their expedition into the unknown territory of World Cup Cricket.

At the 2011 edition the Ireland cricket team re-wrote the history books in defeating England on March 2nd. Four days later, in front of the frenzied home fans in the ground and the millions tuning in on television, they pushed India hard, before succumbing to a five wicket defeat.

Next, they switched venue to Mohali and a tie with the West Indies on March 11th. A green tinged wicket awaited and maybe they could dare to believe again as they won the toss and fielded.

For the first 35 overs Ireland had the West Indies restricted and unable to score at too fast a rate. The West Indies were 142/3 and though Devon Smith was 82* on his way to a century, Kieron Pollard was on 5*.

Pollard however, decided that the time was right for an attack. He gambled and called the batting powerplay, stepping on the accelerator.

He proceeded to bludgeon the Irish attack to all parts of all Mohali. One reporter described how his power helped “ransack 55 runs in five overs to shift the balance of the game, with his now familiar brand of hitting, mainly muscling boundaries in the arc between long-on and midwicket” responsible for the damage.

“You scratch your head a few times in a team meeting. He is a pretty special talent,” William Porterfield, the Ireland captain, said. “He played at a crucial stage as well where they had to score quick runs and he got them into a good position.”

Pollard brought up his half-century off 35 balls and capped his blistering hitting with 20 runs off one over, which included a monstrous one-handed six.

“Going into bat I was under a bit of pressure after a bit of a slow start,” he said. “It was just a matter of backing myself which I am accustomed to doing. I was taking my chances and it came good.”

Another big power hitter, Chris Gayle, was missing that day so Pollard’s role was vital for the West Indies.

“Kieron Pollard came in and played a great knock and it is hard to defend when he plays like that. We knew what power they had in the middle order and just had to try and contain them. You also have to give credit to Devon Smith the way he played,” Porterfield said after the game.

Pollard smashed 94 runs off just 55 balls including eight boundaries and five maximums in an entertaining and brilliant display of batting.

In spite of all that Porterfield felt Ireland were still in the contest as the chase began. “When we came out at half-time we felt it was a par score and very, very chaseable,” he said.

At the halfway stage Ed Joyce and Gary Wilson had just come together. Joyce had got off to the most fluent of starts with two graceful cover drives as soon as he walked in. Wilson was an able partner and both men steadily built a platform.

Even with half the batsmen back in the dressing room, nine overs left and 79 runs to go, Gary Wilson had the batting powerplay in hand and raised hopes of a victory having compiled an impressive fifty.

Wilson then fell foul of a debateable LBW decision as he attempted to late cut a delivery Darren Sammy. When Wilson was the 6th Irish wicket for 61 off 62 balls Ireland were 199/6 and had 8.2 overs left to chase the game.

Unfortunately, the last four Irish wickets fell for 32 runs and Ireland succumbed to a 44 run defeat to the West Indies.

Who’s to know what might have happened had the referred and reviewed decision gone Wilson and Ireland’s way in Mohali that day.

One thing is certain though when the West Indies visit Stormont on September 13th, they will have powerful hitters in their line-up that Ireland will be preparing to face.

Kieron Pollard may even be among those playing on the 13th and Ireland have personal experience of how destructive a batsman he can be!