What you need to know: Arachas Super Series 2022 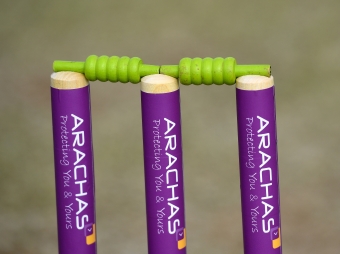 The Arachas Super Series returns for 2022

DUBLIN - The 2022 Arachas Super Series begins this Sunday 1 May 2022 with the Typhoons taking on the Scorchers in the first match of the Super Series 50 Cup (50-over competition) at Merrion Cricket Club.

The defending title-holders, the Scorchers, dominated the competition in 2022 under the leadership of Gaby Lewis, winning both the Super Series 50 Cup and Super Series T20 Trophy.

The Arachas Super Series is the peak domestic women’s cricket competition in Ireland, seeing a best v best approach in supporting the pathway to the national side.

There are a number of developments across the competition in 2022:

#1: After two years of reducing the competition to a two-team affair due to the pandemic, 2022 sees the return of the third side – the Dragons. The Dragons, led by captain Leah Paul, will feature a Northern Irish-based coach (James Cameron-Dow) and up to eight players from clubs across the Northern Cricket Union and North West Cricket Union.

#2: As announced this week, Paul Davidge has been announced as the Typhoons new Head Coach.

#3: In another big addition to the programme five matches will be played north of the border in an effort to make the game even more accessible to fans around Ireland.

#4: The competition has a new livestream home online in 2022: www.livestream.com/CricketIrelandLive - this platform provides a freely available opportunity for most fans around the world to watch the series, while a number of South East Asian countries will be able to watch the Super Series through the Fancode app. The livestream production will once again be provided by HBV Studios.

“Arachas are thrilled to renew our sponsorship of the Arachas Super Series. Throughout our involvement last year we were so impressed with the quality of talent and the obvious bond between all those involved. As we continue to emerge from the Covid disruptions we hope this year will be even bigger and better for players and supporters alike and wish everybody the best of luck and hopefully a nail biting series throughout.”

Glenn Querl is back as head coach as the Scorchers will look to back up their title wins of 2021. Captain Gaby Lewis will miss the first two weeks of the competition due to the Fairbreak Invitational in Dubai. Gaby was the pick of the batters in the 50-over game in 2021, scoring 325 runs. She was ably assisted by Shauna Kavanagh (151), Lara Maritz (144) and Sophie McMahon (131). Cara Murray was their top bowler, taking 10 wickets. In the T20 Trophy, Leah Paul was their top batter, scoring 150 runs, while Eimear Richardson was superb with the ball, taking 11 wickets. Paul has moved to the Dragons in 2022.

“The team are very much looking forward to the new season and building on what they achieved last year. We’re looking to playing an attacking brand of cricket, but also to keep pushing the boundaries to keep improving and building a real positive enjoyable environment for players to play their best cricket. Aimee Maguire has joined the squad this year with her left arm spin and I’m really looking forward to seeing how she gets on in the competition.”

“Obviously last year we had a very successful season as a team, so we’ll try to replicate that, knowing that it won’t be easy. The team will have to work extra hard, as we’ve lost a few players so different players will have to step up, which makes it exciting.

“With the introduction of the third super series team it means more players and more competition for spots, which is brilliant. The more competition means a higher standard so there is a bit more added pressure but I’m really looking forward to it.” With Englishman Paul Davidge taking the helm at the Typhoons it could be an interesting year. They have massive talent in their ranks, with the likes of Ireland Women’s captain Laura Delany, and fellow internationals Rebecca Stokell, Tess Maritz, Celeste Raack and Mary Waldron in the squad. Unfortunately for the Typhoons Laura Delany will miss the month of May due to injury, and they will also have to play without Celeste Raack in the opening couple of weekends due to the fact that she will also be taking part in the Fairbreak Invitational in Dubai.

“It will be very interesting to see how the teams match up against one another. The more competitive cricket that we can play the better. Not only will it give individuals the opportunity to improve their own game, but from a team point of view it will mix things up. We obviously played against the Scorchers in every game last year, so that was tough going. It will be nice to play against a third team and given the fact that the third team is a Northern team it will be great to see the quality of players that they have based up North. It also allows more players to be involved in an elite set up.”

“We’re really looking forward to working with Paul, he seems to have a lot of experience working within the women’s game. He’s highly respected in county cricket. From a team point of view we can learn a lot from him. Clare Shillington did a brilliant job last year that probably wasn’t reflected in the results throughout the season. However, we’re looking forward to having Paul on board.”

“I can’t wait to get started, I’m delighted to be part of the Typhoons and Cricket Ireland. Obviously with the Super Series being expanded to three teams this season it increases the competitive opportunities for the players.

“We’re going to try and create a challenging culture for the girls where they can try to play without fear, give them a sense of playing with freedom. Fearless cricketers embrace challenges. Above all of that is just have some enjoyment and have some fun while we’re out there. If you’re in an enjoyable environment where you’re prepared to challenge yourself that to me is a recipe for success and consistent performances.

“In terms of the season itself, coming into a team two days before the first game is less than ideal but to actually go straight in with a competitive element is something I’m actually really looking forward to. We’re going to have a very basic game plan which we’re going to try and execute and see how that comes off.” Former Irish international James Cameron-Dow was appointed head coach of the returning Dragons side, while Ireland Women’s international Leah Paul was named captain after leaving the all-conquering Scorchers. The Dragons will look to showcase the huge talent in the region which will hopefully lead to more young girls taking up the sport in the years’ to come. Head coach Cameron-Dow believes they will be very competitive, especially with the experience of Leah Paul, Cara Murray, Orla Prendergast and the hugely talented 16 year-old international Amy Hunter.

Newly appointed Dragons head coach James Cameron-Dow is very excited for the new season and what it means for the team to have a distinct Northern flavour:

“We’re all incredibly excited to get things up and running. We have some incredible talent within the squad, a lot of which is unknown to the island - so I am excited for the players to show that off.

“Having that Northern based team is massively important for so many reasons. The unions have ramped up their support of women’s cricket massively over the last few years and now their efforts have been rewarded, hopefully this encourages that to continue. It’s hugely important and hopefully something that will take the women’s and girls’ game to the next level up North.”

“I was delighted to be asked to captain the Dragons in 2022. Taking on a new challenge like this will be exciting. The Arachas Super Series gets better in standard each year, and I’m looking forward to seeing how far this squad can go in what will undoubtedly be another highly competitive series.” All matches in the 2022 Arachas Super Series will be livestreamed on Cricket Ireland Live and live-scored on our Match Centre.