Women’s Cricket World Cup Qualifier: What you need to know 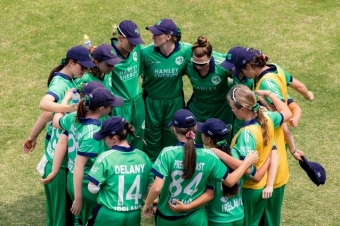 HARARE, Zimbabwe - Ireland Women’s cricket team is in Zimbabwe to compete in the ICC Women’s Cricket World Cup Global Qualifier. Here’s what you need to know. The top three teams from each group go to the Super 6 stage, with group stage points carrying over to the next phase. From there, the top three after the Super 6 stage will qualify for the Women’s Cricket World Cup 2022 being held in New Zealand next year, along with the hosts, Australia, England, South Africa and India, who have directly qualified for the event. As a bonus, the top five teams will also qualify for the next edition of the ICC Women’s Championship, which is expanding from eight teams to 10.

The ICC will livestream the matches on www.ICC.tv.

Livescoring will be available via Cricket Ireland’s Match Centre.