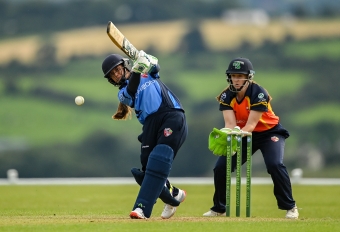 The Super Series is underway for 2020

DUBLIN – Ireland’s peak domestic women’s cricket competition – the Super Cricket Series – will from this weekend be made available and accessible to follow online, with the formal launch of livestreaming and a new interactive match centre.

Integrated into the system is a Youtube-based livestream – initially a single static camera, however, further enhancements are being introduced for the future that will see multi-camera capability deployed.

“We are delighted to further ensure women’s cricket in Ireland is more accessible to follow – it will not only be a boost for the sport’s profile, but also for the players themselves who will now have an opportunity to showcase their talents on a truly global stage.”

“Raising the profile of the women’s game is an important part of our forthcoming women and girl’s cricket strategy, and with the growth in awareness of women’s sport in general, we believe that improving the visibility of our sport is the best means of inspiring a generation of new cricketers – both girls and boys alike.” “Last year we livestreamed the three-match women’s T20I series between Ireland and West Indies and drew over 750,000 views – we know there is an audience for women’s cricket, and we are glad to now be in a position to bring that level of coverage to our peak domestic competition. The matches will be more competitive and add pressure with the players knowing they are on screens all over the world. The Super Series is the springboard for international players and an important part of the talent development pathway, so there promises to be some great games to enjoy this season.”

“The new Match Centre also brings the digital availability of our domestic game on par with many county sides in England. And we plan to further enhance the service – in the future we will look to bring in multi-camera operations and commentary for select matches – particularly women’s internationals.”

“Despite the challenging times that we all find ourselves in, we are continuing to move the game forward and to improve what we do, year-on-year. We hope fans will enjoy following the series.”

The Super Cricket Series (formerly known as the Super 3’s Series) is the peak performance pathway competition for players vying for international selection. The 2020 season has been impacted significantly by the pandemic, and with a 50-over World Cup Qualifier expected in late 2020, Cricket Ireland has condensed the competition this season to two teams playing only in the 50-over format. This is to keep the quality of the competition high, and recognise the fact that a number of our senior international players have remained in Australia during the lockdown, and several players who would ordinarily be involved are not available at this time.