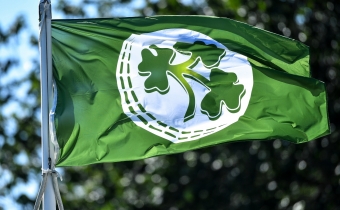 The World Cup Qualifier has been abandoned

HARARE, Zimbabwe – The International Cricket Council has this morning confirmed that the ICC Women’s World Cup Qualifier in Zimbabwe has been abandoned as a result of the introduction of travel restrictions from a number of countries, including Zimbabwe.

The ICC has further advised that qualification for the ICC Women’s Cricket World Cup 2022 and next ICC Women’s Championship will be determined by world rankings.

1. The teams who have qualified for the ICC Women’s Cricket World Cup 2022 to be held in New Zealand from 4 March to 3 April are Australia, England, India, South Africa, New Zealand (hosts), Pakistan, West Indies and Bangladesh.

2. The number of teams in the third cycle of the ICC Women’s Championship (from 2022-2025) has been increased from eight to ten, and these teams will be Australia, England, India, South Africa, New Zealand, Pakistan, West Indies, Bangladesh, Sri Lanka and Ireland.

“We are disappointed for all the players and teams who are in Zimbabwe at the moment, but from a health and safety perspective this is the correct decision. We will now concentrate on working with the ICC in getting our squad home as soon as practicable.

“While it’s never the manner in which you hope to qualify for a competition, it is a big result for Ed Joyce and his squad to be part of the 2022-2025 Women’s Championship. It’s not an understatement to say it should see a fundamental change in women’s cricket in Ireland.

“However, today is a time not for celebrations, rather to concentrate on our team’s safe and timely repatriation home.”