22 million views: Irish Men’s and Women’s cricket to be showcased globally via livestream 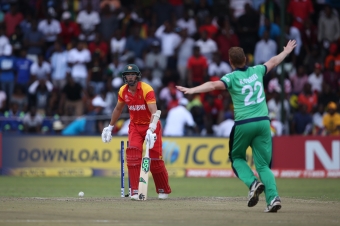 Zimbabwe Men have not played in Ireland since 2013

DUBLIN – Cricket Ireland today announced that all nine matches of the Ireland versus Zimbabwe men’s and women’s teams being played across Northern Ireland will be livestreamed via Youtube, and also released viewing figures of its recent international livestreams with around 22 million views collectively this season to date.

Nine international matches were livestreamed in May, with viewership peaking at 5.8 million views of the Walton ODI Tri-Series Final between West Indies and Bangladesh from Malahide.

“We are delighted with the response from the audience of our livestreams in Ireland and overseas. While we were confident there would be great interest in the men’s fixtures, we are pleased to see that viewer numbers for the women’s series were strong and remained consistent throughout the three-match series.”

“It’s important that we continue to showcase our national sides and make our games as available to the fans as we can. To that end, we will be providing a full commentary livestream of the men’s one-day internationals between Ireland and Zimbabwe starting next week, and also the three T20I doubleheaders involving Ireland and Zimbabwe men’s and women’s teams. Nine matches in all across six days – it should be a great fortnight of international cricket to enjoy.”

“Over time, as the profile and following of our sport grows so will our capacity to make more domestic cricket available in a quality format as well. We’ll be testing this in August by livestreaming the Test Triangle Inter-Provincial T20 Festival from Bready – and we hope Irish cricket fans will engage in sufficient numbers to make that investment a sound decision.”

Cricket Ireland has been working with the Dublin-based HBV Studios on tailored livestream productions this season, including the men’s Afghanistan series and women’s West Indies series. The multimedia production company will also deliver the upcoming Zimbabwe livestreams and the T20 Festival.

“HBV Studios has built a track record of delivering quality livestreaming services, particularly with our growing expertise in covering cricket. We greatly appreciate the opportunity to work with Cricket Ireland, and believe the quality of content being produced is continually improving as we build up our team’s skills and invest in both equipment and programming services.”

“Covering cricket has a number of variables in production and broadcast that do not arise in other sports, and our success is built upon our ability to work hard behind-the-scenes and make the end product as seamless as possible and to a standard that meets, and often exceeds, the expectations of fans.”

All livestreams will be available through Cricket Ireland’s Youtube Channel.

* First match of the day starts at 11am, second match at 4pm.