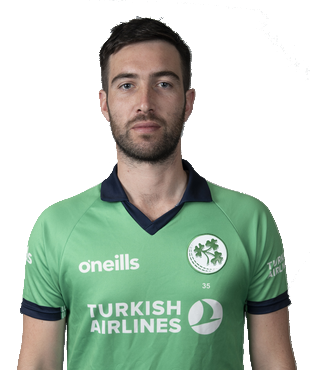 Andy Balbirnie is one of only three players to score a double century for Ireland (with Ed Joyce and Eoin Morgan). He came of age against the Netherlands in the 2017 Intercontinental-Cup match when he scored 205 not out and 50 and has been ever-present since.

He spent five years at Middlesex and is now established as Ireland’s No 3.

He plays his club cricket for Pembroke Cricket Club.