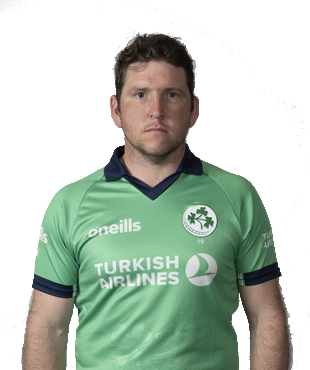 Gary began his Ireland career against MCC in 2005 at Bangor and has accumulated over 200 caps since then. As of October 2016 he has played 214 times for Ireland. Most have been as wicket keeper, a position he fills with great competency.

In his 216 matches Gary has scored 4,615 runs with one century, 113 against the Netherlands at Castle Avenue in 2010. A versatile batsman, having batted for Ireland in every position from 1 to 9, he is also an exceptional fielder and offers great versatility for coach John Bracewell.

As mentioned he has kept wicket on just over half his appearances for Ireland. He has taken 198 dismissals, placing him fourth in the all-time list of Ireland wicketkeepers behind Ossie Colhoun, Niall O’Brien and Paul Jackson.

Gary’s domestic cricket has been played with Belfast Harlequins and subsequently Civil Service North, but he has now moved to Derbyshire after an 11 year career with Surrey in County Cricket.