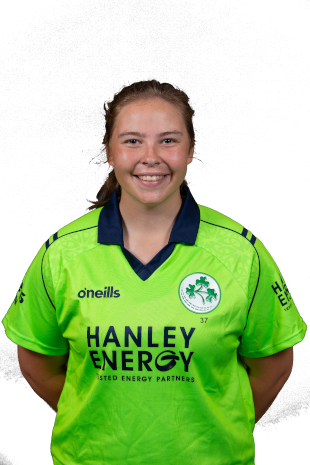 The first of an exciting new generation of players from the North of the Island, Cara debuted against Zimbabwe at Harare Country Club in Zimbabwe this year. She plays her women’s cricket for Waringstown and her career highlights so far are defending 44 against the North West in an U17 interprovincial match, beating Lurgan to the Premier League title two years ago and reaching the cup final the same year.

Outside cricket, Cara plays hockey for Saintfield and was captain of her school first XI. She also plays soccer for Ballynahinch and has won plenty of competitions for both the boys and girls teams. Murray is in her final year in school and hopes to become a speech and language therapist as well as seeing as many countries in the world as she can. Her other interests include sudoku, squash, table tennis and taking naps.

Her proudest moment in cricket was receiving her first cap and she dreams of playing for Ireland at a World Cup. Her cricket idol is Shane Warne and the three players she would choose to have in her team are Charlotte Edwards, Ellyse Perry and Sarah Taylor.