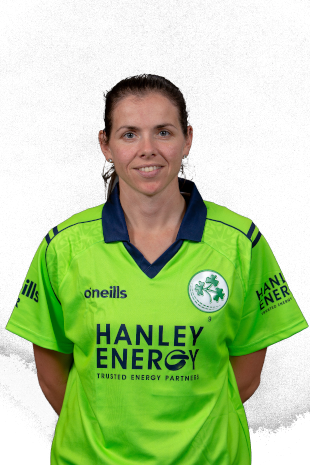 An off-spinning all-rounder, Richo has travelled the world playing cricket not only for Ireland but also for clubs in Australia and New Zealand. First capped in 2005 against Australia in Dublin, Eimear was a key player for Ireland for the following nine years until she last played for Ireland in the 2014 ICC WWT20 in Bangladesh. In 2016 she was named Player of the Year in the Toyota Super 3s playing for the Typhoons.

Currently playing and captaining her local team Johnsonville in Wellington, New Zealand, Eimear is playing with Wellington Blaze in NZC Domestic Competition and has won two national T20 titles with them in the 2014/15 and 2017/18.

Richardson left Ireland in 2009 and played a season with Dandenong CC in Melbourne before settling across the water.