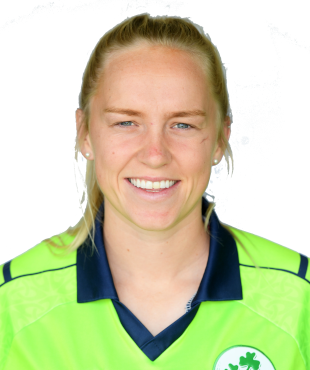 Ireland’s premier fast bowler, Kim is also a top order bat and has featured in the ICC World Team of the Year in 2016.

First capped against New Zealand in Kibworth, England alongside Laura Delany and Mary Waldron in 2010, Kim has gone from strength to strength and is now the Ireland vice-captain.

Career highlights include playing in the ICC WWT20 in India in 2016, beating South Africa twice in a home series in 2016 and winning two Women’s Big Bash League titles with the Sydney Sixers.

Her proudest moment was receiving her first cap and her biggest ambitions are to knock over one of the top four teams in the world and to score an ODI hundred and take five wickets in a match.

Outside of cricket, Kim has a degree in Sports Management and enjoys watching and playing other sports such as soccer and Gaelic Football.

Garth spent the last year in Australia playing for Dandenong Cricket Club in Melbourne and hopes to go back to Australia and play club and WBBL cricket over there. Her idol is AB de Villiers and the three players she would choose to have in her team are Marizanne Kapp, AB de Villiers and Ben Stokes.