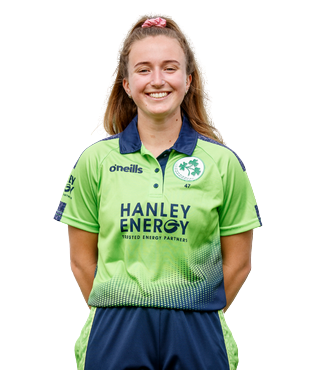 Currently Ireland’s sole left-hander, Paul combines opening the batting with her ever-improving left-arm spin. Energy is the name of the all-rounder’s game and she drives the standards in the field. Has the ability to spend a long time at the crease and good running between the wickets is a hallmark of her game. Her role changes when in the T20 game where she is used as a lower-order batter who gets up and down the wicket and usually comes on with the ball in the second half of the fielding innings to tie batters down by taking the pace off.

A magic over by Ireland's Leah Paul!