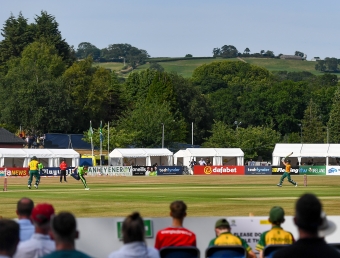 The three-match series will be played at Stormont in Belfast

BELFAST - The World Cup Super League ODI series between Ireland Men and Zimbabwe Men begins on 8 September 2021 at Stormont. Here are the details you need to know to enjoy the series.

Want to attend the matches?

Up to 500 spectators will be permitted to attend each match, with online ticket purchase available, or tickets can be purchased at the gate.

You can watch the series on television or online in the following places:

Livescoring and match highlights will be available via our Match Centre.